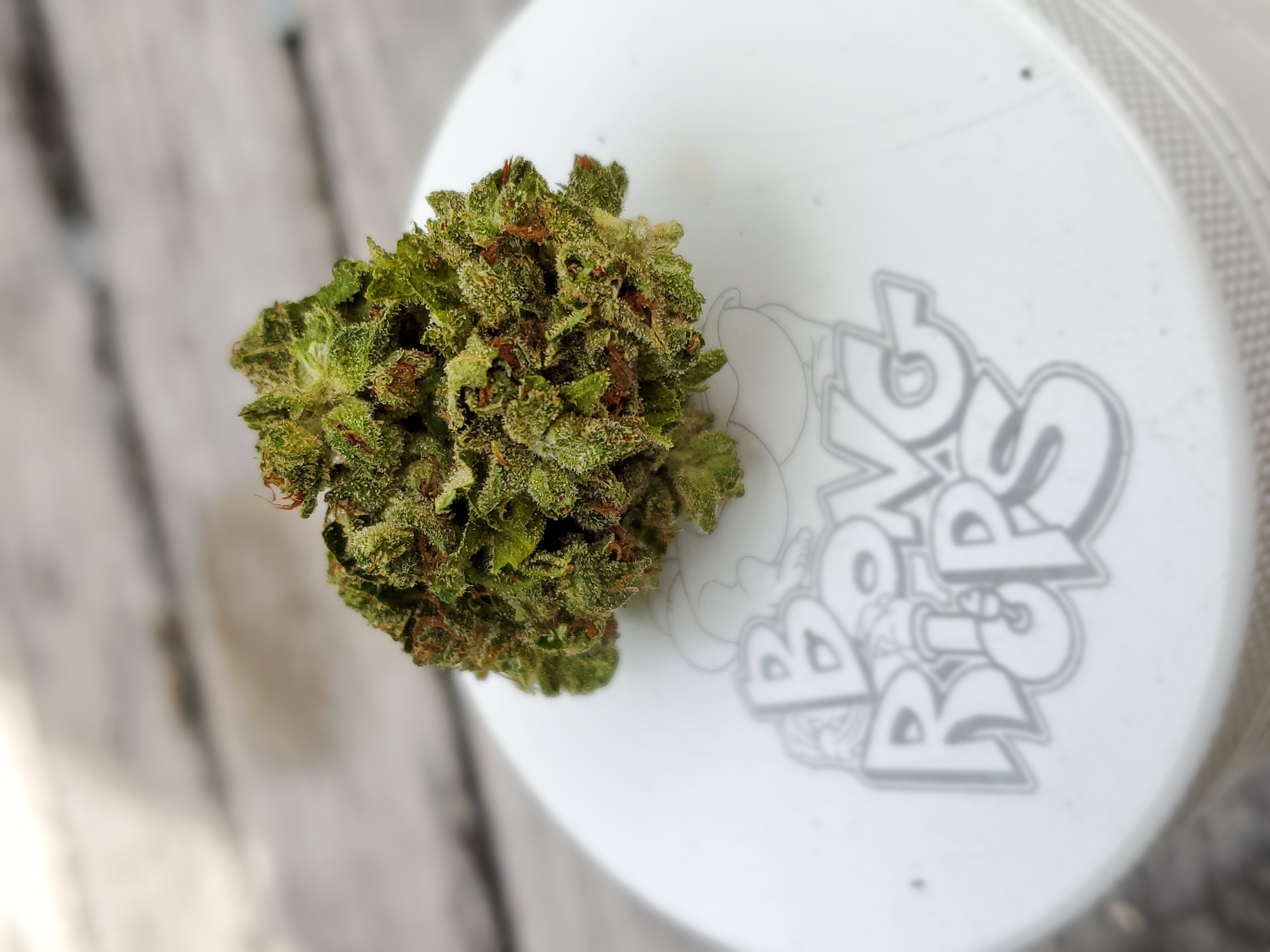 This is the honest review, so honest even this bud cost me 😂

A potent tasty blend of sour diesel and lemon skunk.

Corporate Trash is what I thought

So of course it was one of those things,

Anyway last night opened this and was about to smoke it, it was night time and dark.

So out comes the cellphone flashlight and give it a quick once over.

Meh, looked wack, took a wiff of the plastic “jar”

and the smell was not impressive, next.

It’s lame to jump to conclusions cause some of the ugliest weed has knocked me in the deyt.

Once in the day light the herb looked like decent outs.

Sun grown herb is awesome and once the herb was inspected today.

Well, you be the judge

Once ground up, the herb opened up

Earlier we mentioned the herb did not smell impressive upon initial smell testing.

Once it was ground up it really opened up the bouquet of citrus and well, lemon tree stem rubs.

Smells medicinal citrusy with a sharp bitter end at the nose.

No bullshittin 😂 grind some up for yourself next time.

How did it feel tho?

This cannabis should be smoked while doing some active shit. Why?

A bit racey and red eyed.

Well at least from this smoke test (trichome maturity matters)

This weed gives you a slight case of the jitters similar to coffee.

Pair this herb with physical activity and thank me later.

Always consult with your physician before starting any work out regimen especially after ingesting anything.

But personally im fat as hell at the moment so really gotta get on some active herb and hit the trails.

This weed strain is actually solid af and this brand was a good solution especially for people like us on a budget.

The score seems a bit low but it doesnt have initial nose.

However the bouquet opens up nicely when ground up.

Looking for something fruitier?