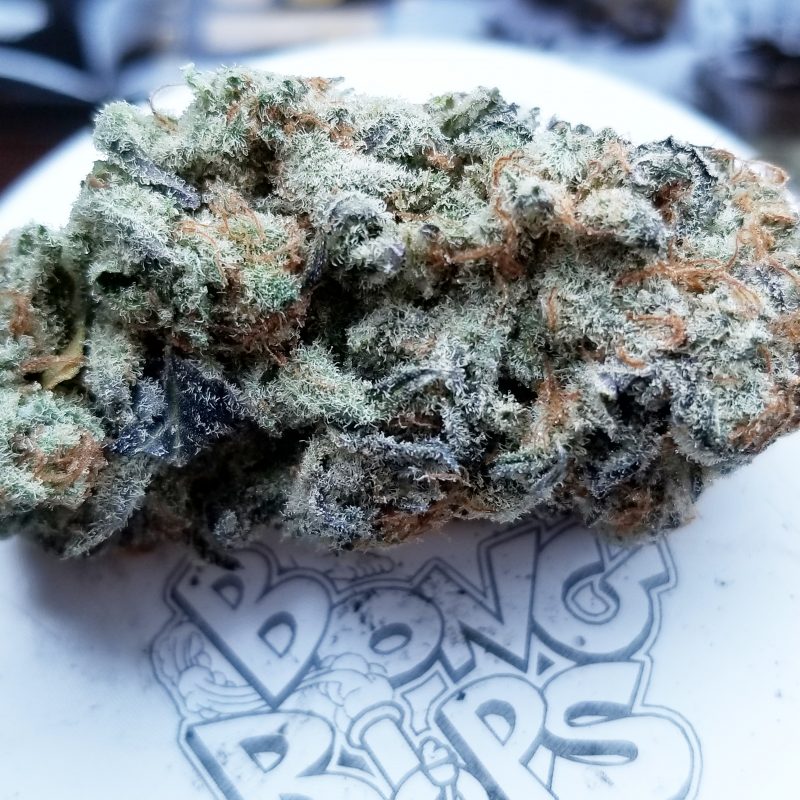 Ever tried purple punch and tangie ? Obviously if you have, then you know they are amazingly flavorful strains.

Flavorful yet strong enough to make those eyes droop a tad to say the least.

Of the exotic strains that are picking up steam in the bay area i’d like to say this is one of my top 5 as far as flavor and effects go.

Mimosa strain is similar in taste to purple punch with sour, berry smells with a hint and after taste of tangerine rind.

Hows the Strain actually feel tho?

Mimosa strain is one of those exotic strains that doesn’t just smell good and strong. Surprise surprise it actually has good effects which accompany some of the best smell profiles in the business.

For example, the first time I tried the mimosa strain, it was in a blunt (don’t yell at me) which was kinda like doing this strain an injustice.

Although the blunt was thin and most of the tobacco removed there was zero doubt in my mind.

Once home the first order of business would be to clean the bong, grind up some mimosa strain, and take a few snaps in the ol’ US Tube.

Effects felt upon indulging in a 3 snaps of these amazing strain.
Mimosa strain PERFECT to smoke when going to a comedy show.

Obviously mentioned before mimosa strain is really good for a few laughs. Obviously this is going to depend on your bodies chemistry but did notice the giggles something which is rarely in cannabis strains.

Having indulged and grown Tangie, It’s safe to say she is responsible for giving this strain a bit more punch.